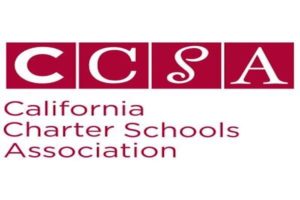 El Sol Science and Arts Academy is a dual-immersion charter school in Santa Ana. The school was founded in 2001 with 110 students in kindergarten and first grade. It now has more than 850 students enrolled in preschool through eighth grade.

“In the third grade, the curriculum is taught in 60 percent Spanish and 40 percent English,” said Michael Madrid, president of the board of directors of El Sol Science and Arts Academy. “We’re teaching concepts in the language students understand best. And at the same time, we’re teaching how to communicate in English. This helps students master all the abstract concepts, and they’ve acquired the English language communication skills to explain that knowledge.”

El Sol values accountability and expects everyone – including students, teachers, administrators, parents, and the community – to support the success of the school. As a result, in its short history, El Sol has dramatically raised its test scores among a high-needs population to become one of the top-two performing schools in Santa Ana.

El Sol has a long tradition of working to serve the whole student. They have partnered with community members to provide a community medical clinic on site. A local restaurant assists El Sol to meet their student’s meal needs. In addition, the school partnered with the district and community to obtain a no-cost 40-year lease of district facilities. This allowed them to obtain private bonds to provide a high quality facility that is currently under construction.

“We really believe that a child doesn’t show up at this school separate from their family and their experiences,” said Monique Daviss, executive director of El Sol Science and Arts Academy.

“A lot of the families were affected when the economy took a turn. We responded by making this school a home for those community partners so they could serve family and community on our school site.” The school houses an on-site health clinic, provides nutrition coaching and parent education classes.

“Education of the children is primary. But all of those elements come together, when parents are seen as partners,” said Daviss.

The California Charter Schools Conference has been held annually for 21 years, offering resources, guidance, and advocacy support to a charter school movement that has grown to 1,130 schools serving 519,000 students. Nearly 3,000 attendees are participating in this year’s conference. Learn more about the event.