Dr. Mac Lee Morante is a Bilingual Educator, Counselor and Psychologist, who has had a long career in serving the needs of students and adults, specifically those with special needs, disabilities and/or giftedness. He received his doctorate from the University of Massachusetts, School of Education with an emphasis on Counseling and School Psychology. In California, he worked as a Counselor at Fred Nelles Correctional Facility for Youth from 1997 to 2000, and was a Bilingual School Psychologist for the Ontario-Montclair School District from 1988 to 1990.

In Orange County, he served as a Student Counselor at Nicolas Junior High School in Fullerton from 1986 to 1988 and as a Clinical Therapist for Clínica Nueva Esperanza in Santa Ana between 1982 and 1988. For 25 years he worked for the Anaheim City School District as a Bilingual School Psychologist serving in at least 8 schools throughout his career there. He was responsible for psycho-educational testing, case management, counseling and consultation for a diverse group of students from students with severe disabilities to students eligible for Gifted and Talented Programs. For the last 16 years he has worked as a part-time Counselor for Adult Education at Santa Ana College, the Rancho Santiago District.

This is a role in which he continues today where the college provides services to adults who are seeking their High School Diploma, their General Education Diploma (GED) or where community members engage in a program to learn English as a second language. Recently, he became member on the Board of Directors for El Sol Science and Arts Academy. 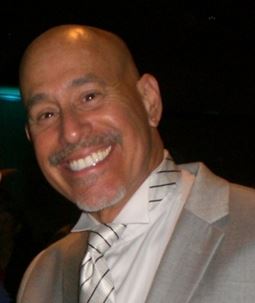