Angie Navarro Sigala graduated from the University of California at Berkeley in 1999 with a Bachelor’s Degree in Political Science and a minor in Spanish Literature. She joined the Law Offices of John R. Alcorn in March of 2001 as a Paralegal. While working as a Paralegal, Angie attended Whittier Law School in the evenings. Angie graduated with a Juris Doctor degree in May of 2006.

She was admitted to the State Bar of California in December 2006. Angie was also admitted to the United States Court of Appeals for the Ninth Circuit and the United States District Court for the Central District of California. Angie took and passed the legal specialization examination to become a Certified Legal Specialist in Immigration and Nationality Law in October 2013.  Her application for certification as a Legal Specialist is being processed. Angie is of Mexican heritage and fluent in Spanish. As a bilingual attorney, Angie is able to provide Spanish-speaking clients with the comfort of receiving legal services in their native language. In addition, she serves on the Board of Directors for El Sol Science and Arts Academy; a non-profit dual-immersion charter school in Santa Ana. Angie has received several awards such as the 2011 Business Woman of the Year from the National Hispanic Business Women Association. 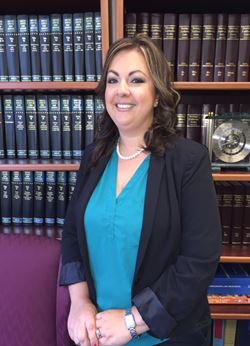